The classical operation of facelift (Rhytidectomy), initially described by Sir Harold Gillies has been in use for over 60 years. Facelift is a tried and trusted technique which rejuvenates the face without needing to change one’s facial features. A facelift removes the tired heavy appearance by lifting and smoothing out the sagging jowls and neck and redefining the contour of the neck and jaw line.

There are several factors which influence ageing of the face. A major one is heredity. Gravity is also a constant factor, its effect being to pull the soft facial tissues downwards causing sagging of the cheeks, which accentuates the crease line running from the nostrils to the sides of the mouth. The effect is also seen on the jaw line and underneath the chin in the submental area.

As we age, we tend to loose some of the facial fat, and this in combination with decreased skin elasticity leads to sagging of the facial features. This can be made worse by excess exposure to ultraviolet light. It is well known that people who live in tropical climates have a prematurely aged skin. The facelift procedure is most sought after within the over forties age group. However, increasingly facelifts are being carried out on younger patients.

The facelift has always been regarded as a major surgical procedure but recent advances in facelift techniques both surgical and anaesthetic have made it a much safer and comfortable experience. It is important to remember however, that although a facelift can wind the clock back by reversing the effects of gravity, it will not erase permanent creases, particularly around the lips.

Further procedures like dermabrasion, laser resurfacing or chemical peels can improve those lines and can be carried out in conjunction with a facelift.

At your consultation you should provide Ms Kavouni with a general medical history, together with details of any previous facial surgery. Slight differences in facial symmetry are normal and Angelica will point these out at consultation stage as they often go unnoticed by the patient. By gently lifting the facial skin, she is able to assess what could be expected post operatively. It is advisable to bring with you at the consultation photos from the time you felt you looked your best. Computer imaging is also a helpful consultation tool and Ms Kavouni uses the latest state of the art technology to assist patients in visualising anticipated outcomes.

It is important that both men and women alike are aware that, post facelift the position of the hair in front of the ear may be altered and could be elevated by two centimetres. In men, the beard may be repositioned underneath and behind the ear, necessitating shaving also in these areas. Ms Kavouni will describe in detail the extent and the position of the scars during your consultation. If you have your hair tinted or permed, this should be done immediately before admission to the hospital.

Over the years the classical (skin only) facelift operation has undergone a number of modifications aimed at improving the overall results. Some of these modifications include the deep (S.M.A.S.) lift, chin fat removal and remodelling of the neck muscles. Each of these modifications can be tailor made to suit individual needs. It is possible to undergo correction of eye bags (see notes regarding blepharoplasty) as well as other procedures at the same time as the facelift. Free fat transfer from other parts of the body is sometimes used to restore the lost volumes of the central part of the face during the facelift surgery.

Starting high in the temple area (hidden by the hair at this point) the facelift incision courses down following the curves in front of the ear round the earlobe and up behind the ear before curving gently back into the hair again. Some facelift candidates might require an incision under the chin which is also well hidden. Using these incisions on both sides, the skin and deep tissues are remodelled and redraped. The facelift incisions are enclosed with stitches in front of the ear and metal clips in the hair. Small drainage tubes are inserted underneath the skin during the operation and they are removed the day after the surgery. Angelica might also apply a head bandage in order to gently pressurise the incisions during the first postoperative night.

Facelift (Rhytidectomy) - After the Operation

Bandages are removed the morning after the facelift surgery. Hair will be washed and then you will be able to return home. Over the subsequent few days, you can gently wash your hair with a mild shampoo, obviously exercising care in the suture area.

It is important not to stoop or carry out vigorous activities for the first five days after a facelift otherwise postoperative bleeding can result. Patients are provided with written postoperative care instructions.

Any discomfort can be controlled by taking a mild analgesic such as Paracetamol (Aspirin must not be taken).

Scars are usually very faint after a facelift. However, a period of thickening and reddening of the scars can be expected to last for a few months before returning to more natural skin colour and texture. The facelift scars in the hairline may stretch a little, as this is where the tension is carried.

If a haematoma (a collection of blood under the skin) should occur, a revisit to the operating theatre may be necessary. However, if dealt with promptly this does not affect the long term results.

Occasionally post facelift, delayed wound healing may occur, mainly in diabetic patients or patients who smoke. Ms Kavouni will insist smoking stops for a period before and after facelift surgery.

Damage to the nerves, which control the facial muscles, is an extremely rare event, which may be associated with a facelift. Even if this should occur, in the majority of cases, there is a full recovery.

A facelift redefines the jaw line by lifting and smoothing out the sagging jowl and neck. This is an extremely popular procedure, which refreshes the face, improves the contour of the neck and removes the heavy tired look.

Some swelling and slight bruising should be expected for approximately seven days. Infection with this procedure is rare, but if it did occur, a course of antibiotics would be prescribed. 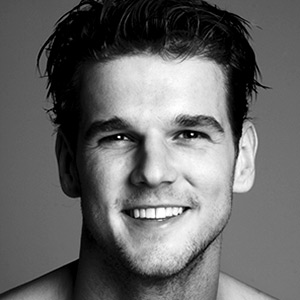