"The Dermaroller is going to be very popular for several reasons, it causes significant skin tightening, thickens very thin skin, evens out pigmentation and is very affordable especially when compared with fractional lasers."

Dermaroller™ works by producing thousands of microscopic needle columns (0.1mm in width) in the dermis of the skin, these stimulate the skin to regenerate and repair itself naturally and safely. These columns close rapidly enabling the skin surface to recover quickly, each treated area eventually contains around 300 micro columns causing symptoms of mild to moderate sunburn which normally recovers the same day with only a little residual redness the following day.

The natural regeneration and repair that the Dermaroller™ creates can take up to 6 weeks to develop as over time new collagen is formed, new skin cells are generated and the blood supply is enhanced.

The Dermaroller™ cylindrical drum's tiny needles are shorter than other brands at 1.2mm in length.

The significance of shorter needles

Conditions that can benefit from Dermaroller

How is the procedure performed?

After cleansing the area is covered in topical anaesthetic cream for an hour to ensure a comfortable experience.

The area is then treated in sections with the Dermaroller passed over the area 6 times until erythema (local swelling) and small pinprick bloods spots are seen. Once complete the area is then re-cleansed and moisturised. Following treatment the skin feels itchy as if sun burned and the area will look slightly red, again as if sunburned but all externally visible effects will has disappeared by the next day.

There are virtually no negative side effects, and none have been reported in over 150,000 procedures performed worldwide.

The effects are the same however the non-ablative laser is more aggressive with a completely different mechanism. The laser beam sets a burn under the skin which, after an inflammatory process, becomes fibrotic in forms of micro scars. Nerve cells are also affected by the hot laser beam, causing a great deal of pain.

With Dermaroller the needle only penetrates through the epidermis, which is only cleft and will rapidly heal. As the skin swells, the holes are closed. The needle prick injures the upper 1 - 2 mm of the dermis; this minute injury causes some localised damage and bleeding which promotes normal post-traumatic infiltration of fibroblasts and the release of growth factors.

Ultimately, collagen is laid down in the papillary and upper reticular dermis. With thousands of pin pricks next to each other this process mimics the results obtained with a laser, but without destroying the epidermis.

What effects to expect:

Anti-ageing - the effects of increased collagen in the dermal layer have been well documented resulting in more elastic 'youthful' skin texture. The beauty of the Dermaroller is that the patient also experiences a degree of pigment reduction, complexion smoothing and closure of enlarged pores.

Scars - collagen fibres help to lift depressed scar tissue and an improvement in the blood supply to the injured area helps to bring colour to the scar allowing it to blend more naturally with surrounding tissue. It can take up to 6 weeks before visible signs of regeneration and repair are seen and the process will continue over the following months, providing you with a gradual and long lasting enhancement.

In his study of 600 patients, he examined results for 2 patient groups - one with skin ageing and the other with old scars. He performed 10 treatments on all patients.

Another pioneer of Skin Needling was Dr Andre Camirand, a Canadian Plastic Surgeon who made a chance observation of improvement in the texture and depression of the scars of some of his facelift patients, who had undergone tattooing for scar camouflage. He published an article on his results in JACPS in 1992. 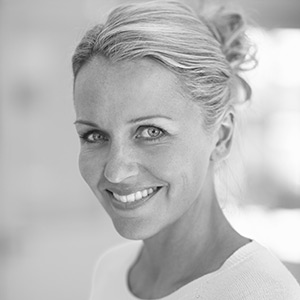 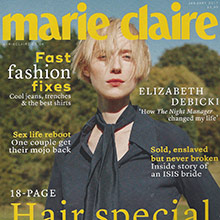 Skin SOS - Lift me up