Why age gracefully if you can age disgracefully?

Avoid the knowing glances with the 21st century minimal scarring facelift for those looking for a little invisible nip and tuck, the Short Scar Facelift.

Once past 40 both women and men can experience slight 'jowling' of the lower face and the beginnings of scraggy neck. The short scar facelift is the perfect remedy for those looking for a little help as it defines the jawline, lifts the midface and tightens the upper neck. With scars hidden in the hairline, around the back of and inside the ear, no one need ever know.

Angelica: "Thank goodness the Hollywood wind tunnel effect facelift is now a thing of the past. Surgical facial rejuvenation has become an art with surgeons trying to disguise their work as much as possible whilst leaving their patients looking fresher and younger but not changed. The short scar facelift can also be combined with an endoscopic brow lift to raise a heavy brow and give the eyebrows an even, natural arch."

The current philosophy surrounding facial rejuvenation is to adapt the type of surgical lift to each individual, using their underlying bone structure as a template so when the tissues are redraped, the face 'sits' naturally and is not pulled tight in unnatural fashion. It is also possible to undergo correction of eye bags (see notes regarding blepharoplasty) as well as other procedures at the same time as the short scar facelift. Free fat transfer from other parts of the body is sometimes used to restore the lost volumes of the central part of the face.

Methods have been polished and modified to defy gravity in a more effective way. Instead of only lifting one area surgeons now prefer a combination of lifts to give a balanced result. It is important that the underlying muscles (S.M.A.S.) are tightened for a longer lasting result.

It is important to remember however, that although a short scar facelift can wind the clock back by reversing the effects of gravity, it will not erase permanent creases, particularly around the lips. Further procedures like laser resurfacing or chemical peels can improve those lines and can be carried out in conjunction with a facelift.

At your consultation you should provide Angelica with a general medical history, together with details of any previous facial surgery. By gently lifting the facial skin, the surgeon is able to assess what could be expected post operatively. It is advisable to bring with you at the consultation photos from the time you felt you looked your best.

Small drainage tubes are inserted underneath the skin during the operation and they are removed the day after the surgery. It is also usual for the surgeon to apply a head bandage in order to gently pressurise the incisions during the first postoperative night.

Bandages are removed the morning after the surgery. The hair will be washed and then the patient can return home. Over the subsequent few days, you can gently wash your hair with a mild shampoo, obviously exercising care in the suture area.

It is important not to stoop or carry out vigorous activities for the first five days after the surgery otherwise postoperative bleeding can result. Patients are provided with written postoperative care instructions.

Any discomfort can be controlled by taking a mild analgesic such as Paracetamol (Aspirin must not be taken).

Scars are usually very faint after a facelift. However, a period of thickening and reddening of the scars can be expected to last for a few months before returning to more natural skin colour and texture.

Complications after facelift are rare. Should infection occur it is usually readily treated with antibiotics.

If a haematoma (a collection of blood under the skin) should occur, a revisit to the operating theatre may be necessary. However, if dealt with promptly this does not affect the long term results.

Occasionally, delayed wound healing may occur, mainly in diabetic patients or patients who smoke. Please discuss your smoking habit with your surgeon.

Damage to the nerves, which control the facial muscles, is an extremely rare event, which may be associated with a short scar facelift. Even if this should occur, in the majority of cases, there is a full recovery.

A short scar facelift redefines the jaw line by lifting and smoothing out the sagging jowl. This is an extremely popular procedure, which refreshes the face, improves the contour and removes the heavy tired look. 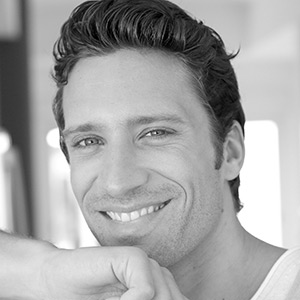